MOTOR SKILLS AND COGNITIVE DEVELOPMENT OF AN ATHLETE

Having noted that their students showed certain deficits in their motor and tactical-mental capacities, three Swiss Physical Education teachers (Michal Lato, Piero Quaceci, Pascal Roserens) had the idea of creating a game in 2015 around the coordination of the child: the FooBaSKILL!  Foo as football, Ba as basketball and SKILL as skill in English.

Each half of the field is dedicated to one of the two sports activities. A team defends the basketball basket and as soon as it crosses the middle line, it must change sport and play football. It is vice versa for the opposing team. Then, in the second half, the teams switch roles.

This game is intended for children in the golden age of coordination (7-12 years) and also for older children!

The FooBaSKILL aims to improve the skills required for ball games and promotes the development and training of:

FooBaSKILL is a multidisciplinary game that is played at school, in clubs and/or outdoors. For example, it can be easily integrated into coordination and multidisciplinary modules to break the usual routines in physical education and sports classes, or into generalized physical preparation programs for clubs.

The FooBaSKILL also has the great specificity of being adjustable. It can be easily adapted according to the material available in the gym, the organization of the course, the number and level of participants. It has the great advantage of being flexible in its rules. 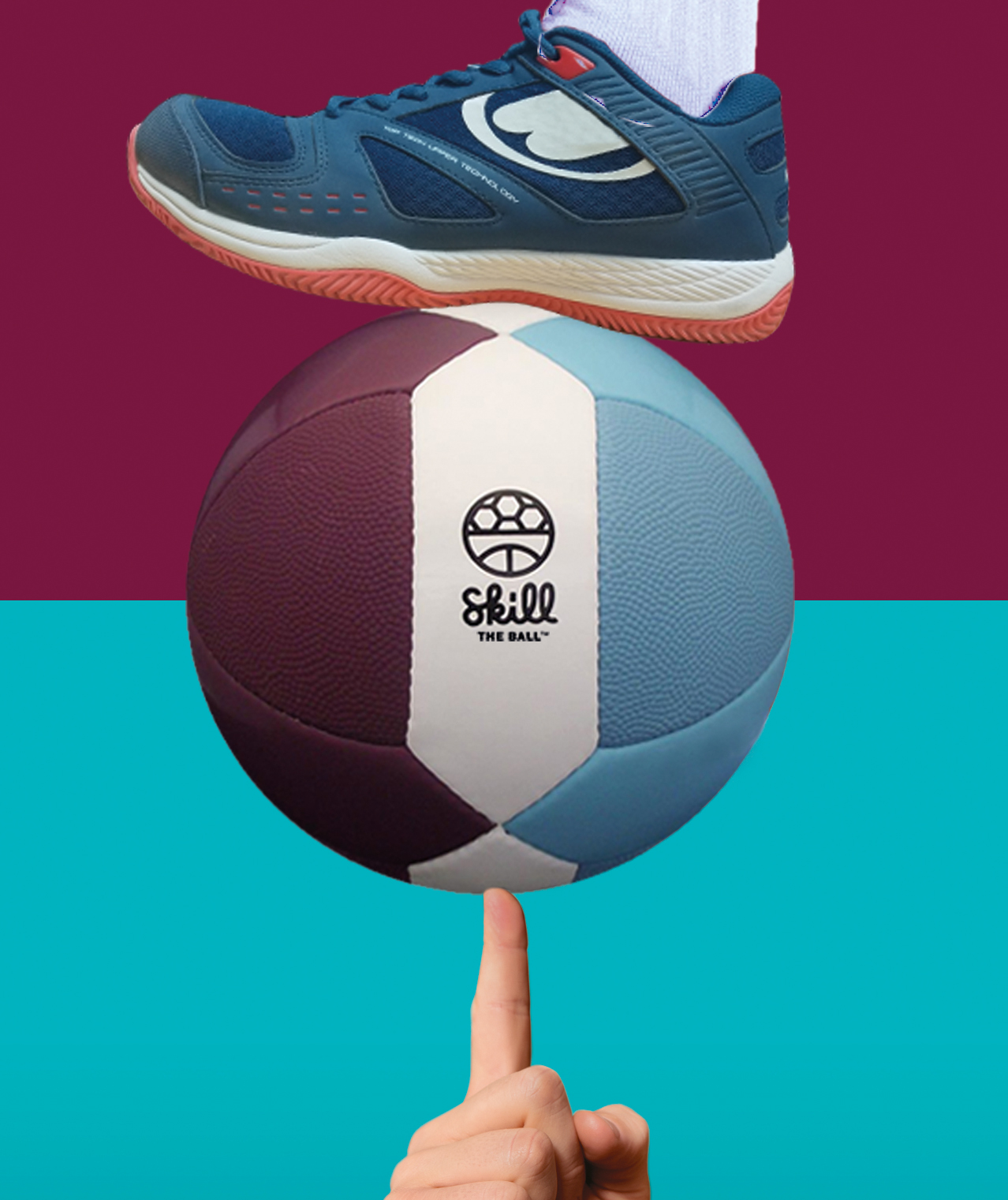 The hybrid ball that permits to play football and basketball

The official ball for the practice of FooBaSKILL is the SKILLTheBall. This hybrid ball has the great particularity of being multifunctional because it allows to play football or basketball according to the wishes of the teacher or the player (the smooth texture of football and the rough texture of basketball are an integral part of the ball). Only one ball is needed to pass from feet to hands and to work on coordination with specific exercises or through the FooBaSKILL.

The materials, weight and size have been carefully chosen to allow optimal use in both sports and maximize the quality of rebound and shooting. SKILLTheBall is available in two sizes: size 4 and 5.

The turquoise color symbolizes the sky, in reference to basketball, more aerial and more concentrated on the upper body. The white colour represents the centre line of the play field and the burgundy colour refers to the land and lower body work in football.

A In order to optimize the quality of the game, the founders have also created a multifunctional goal called SKILLGoal that can be used for various activities.

Try the FooBaSKILL, an unusual discipline that will diversify and shake up the physical and sports classes, as well as your training sessions with its innovative and multifunctional equipment: SKILLTheBall and SKILLGoal. . They can be used for FooBaSKILL or many other sports activities (child coordination work, general physical preparation programs, football, basketball, unihockey, etc.).

With or whitout gymnastic box
Beginner or advanced